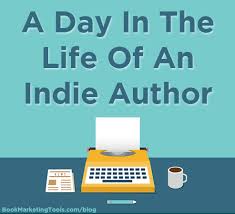 Hi, I’m no expert, but something Alex J. Cavanaugh, ninja, founder of the must-be-infamous Insecure Writers Support Group, and Amazon best-selling sci-fi author,  said in a comment to another post on another blog, made me think. Maybe I really can inspire or help another writer. So, in case I can, I’ve decided to try and blog about my publication journey (with some helpful links along the way).

So, today, I will take you through the writing of Long novel, Plotless novel, Co-written novel, Emotional novel, THE NOVEL, and Grief novel. 🙂 I may need to backtrack at a future date to provide more detail behind the writing of each.

I started writing at a young age, and then “real life” took over, so I stopped daydreaming, stopped singing in the car, and stopped writing.

Then, I started writing again in October 2010. I’d finished reading the Twilight series and learned that Stephenie Meyer was a mom of three kids (I think it was three?), and I thought, hey, if she can write, I can write!

So, I penned a 120,000 word novel about a girl who could see auras and who traveled through portals to another dimension and met a boy named Phin. I don’t remember anything about that character other than his name…And I did everything, everything wrong. The novel opened with the main character waking up. Then she looked in the bathroom mirror to describer herself. I prided myself on using every dialogue tag I’d ever heard of. (I took notes from Stephenie, actually.) I loved adverbs, thought they were God’s gift to writers. I wrote passive sentences and so much purple prose. Sososo much. I wrote a two-page query, shrunk the text, sent it to my top five agents. Rejected. Surprised?

I posted it online through writing critique forums. Both the query and the novel were red-lined. So. Much. Red. I rewrote the beginning chapters fifty-six-ish times.

And then I read Shiver by Maggie Stiefvater, and fell in love with the distant and poetic narrative style.

Somehow it inspired me to write a completely unrelated novel. So I wrote a new book about a girl with friend troubles and family troubles and boy troubles, and I couldn’t nail down a query. Decided maybe, just maybe it was plotless. Or inciting incidentless.

So I co-wrote a novel with a friend. I still love that manuscript. Still waiting for her to love it too.

took the characters from Plotless novel and threw them in another potentially plotless novel, but with beautiful language and so much emotion that (two years later) I paid an editor a thousand dollars to tell me not to write with so much emotion. That I need to make things happen to the characters. I should’t try so hard to make my readers sad and miserable. I will be rewriting Emotional novel again at some point in 2017. It will be better.

And then I wrote THE novel (the one I’m releasing in January)–well, a draft of it. I wrote a manuscript called Saving Noah. And I’d decided it was going to be my first PLOTTED novel. So I used Christine Frazier’s Better Novel Project Master Outline. (She took an in-depth look at Twilight, Hunger Games, and Harry Potter and plotted out the common elements, settings, characters, and plot points in the three novels and created a master outline for writers to use!) And I wrote Saving Noah in about two and a half months.

Somewhere in and around that time I’d begun to watch authors go indie and I admired them, followed them, especially Rachel Morgan and Heather McCorkle and Leigh Talbert Moore and the amazing indie guru Susan Kaye Quinn and I’m sure there are others I’m sorry not to mention at this time! (If you’d really like to JOIN THE SELF-PUBLISHING REVOLUTION, then you must go here to find out all you can from Susan. It’s where I started, where many do.)

So, I started messing with designing covers, especially after finding Derek Murphy’s Do It Yourself cover designing templates for Microsoft Word. If you go there, you will sign up for his newsletter to receive them, but it’s worth it for the first go-around. He also has many videos HOW to create your own book covers using word. Once I had a cover made, I saved it as a pdf and then used THIS site to convert it to a jpg. It’s free and fast. (I will post more in-depth info and more links about cover design in the next So you want to be an #indie #author post.)

I had a few people beta read THE novel and learned about a few things that needed to be revised. I didn’t, but I held onto the notes.

At the end of 2014 I put both Emotional novel and THE novel (the Saving Noah version) on a crowd-sourced site Swoon Reads (Macmillan) and met my Swoon Squad of writing friends. I got more feedback and gained confidence in my writing.

My mom died. I queried Emotional novel, got full requests from an agent and two small publishers. Got in-depth feedback from two other agents. (But no more than that.) I participated in NaNoWriMo and penned Grief novel.

I entered Grief novel an editor contest pitch2pub and received 1) feedback that my query was perfect and my first pages were clean, so go query and 2) third place out of 100 queriers (unfortunately only the top TWO were selected for the next round). So I queried about 30ish agents. Nothing. One top agent held onto it and considered requesting more, which did boost my confidence some, but didn’t go farther, so… Then I hired the 1) editor for Emotional novel, but instead of heeding her advice to rewrite it right then and there, even though she’d offered to take a look at my chapter by chapter plot points to provide feedback on…I decided to–

and I renamed it–

When Ash Rains Down.

What’s to come in my So you want to be an #indie #author series?

(more info on cover design, cover making free-lancers, why go #indie?, why use a pen name? how-to plot and write and revise, editing companies, editing free-lancers, along with how-to and where-to format and publish, how to market, and marketing sites)