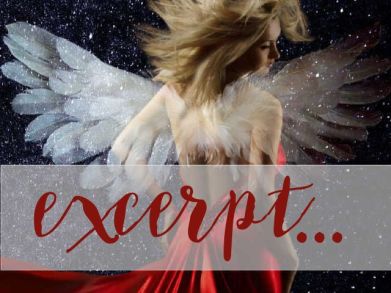 This scene takes place after Cole throws Julia up over his shoulder because the fire alarm just sounded…and well, not accidentally. In When Ash Rains Down, you’ll learn that Julia’s not a huge fan of fun, and Cole wants to change that. So, that’s the topic of discussion here:

“Hey,” he whispers, nudging me with his shoulder. “I thought it’d be fun for the royalty to entertain the crowd. Like I said, harmless prank.”
“You wouldn’t actually set a fire to show your power of crowd control, would you?”
His eyes widen in horrified shock that looks sincere. “That wouldn’t actually be harmless, would it?” There’s something behind his words, something chilling, but his dimple returns and his eyes look like a sassy puppy’s, checking to be sure he’s still loved and adored.
Everyone is laughing and elbowing him and bowing around us like we’re actual royalty, only I feel more like the court jester. My entire lunch hour is being eaten up, and I have no idea how I’m going to get through my checklist of things to do for the day before the stroke of midnight.
“So, what can I do to convince you fun is actually fun? That it’s worth your time?”
I shrug. “No idea.”
He takes my limp hand, shakes it, and announces, “It’s a deal, then. I will do whatever it takes to help you discover fun this week. Or as long as it takes.”
“I’m not sure it can be a deal if it’s only one-sided.”
“We shook.”
“Um. You shook. I wasn’t an active participant.”
“Well, I’m committed enough for the both of us.” 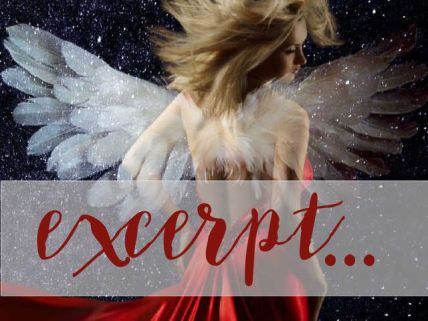 This next scene takes place…in an elevator. All Julia wants to do is get to her mom and Noah who were just in an… accident, but she and Mitch are trapped inside the hospital elevator.

The lights flicker and go out. It feels as though the air goes with them, because suddenly it’s harder to breathe.
“J-Jules?”
“Right here.” I reach out for Mitch and find his arm. I thread mine through his and we stand there facing the doors, waiting for them to open. When they don’t, after thirty seconds of counting, I exhale. “Okay, so…”
Based on everything we just saw and heard in the ER, I’m not feeling so good about this. My nerves were already shot from having stayed away from Mom and Noah so long. I figured it was okay to make a plan and fuel up for the long haul, but that was when I thought I’d be with them as soon as we’d finished. Now, I’m ready to scream. What’s going on, and most importantly, are Mom and Noah okay where they are?
“I need to get to them.” I bang on the doors. “Mitch, what if they’re in danger? Without lights or oxygen or whatever they need to stay alive?”
“Yeah. W-what if there’s a shooter or a robber…”
“What would a robber want in the hospital?” I ask, but… a shooter?
We break apart and start pounding with both fists.
“Help!” we yell repeatedly.
“What do you think will happen if we start pushing the elevator buttons? One of them has to be the emergency button, right? Wait.” I pull out my phone. I illuminate it and hold it up to the panel with buttons for all the floors. “Here, emergency.” I push it. I push it again.
“Let-let me try,” Mitch suggests, shoving me over with his right side. He pushes it. Then he pushes the open doors button, and then each floor, one-by-one.
“Nothing. And my phone has no signal in here to call anyone.”
He pulls his out. “Mine-mine either.”
“Crap.”
“What would we do in one of your sci-fi movies?” I’m ready to try anything.
“W-we’d be devoured by brain-eating aliens in v-velour space suits,” he tells me.
“Fabulous.”

This scene takes place in what Julia thinks is a forest, but is truly a training ground for warrior angels. After demons infiltrate it, and a battle breaks out, Nicholas tries to explain everything to Julia, who before this thought the world existed without angels and demons….

“So…”
“So, Julia. This is about angels and demons. Those,” he points to the monsters, “are demons. The devil’s army. The final battles leading to the final war between Heaven and Hell has begun, and it’s trickled down from every dimension into your little town, because the devil has set his sights on you.”
He touches my cheek again, and I see he is like the warriors on the battlefield. He wears a golden aura and stark white wings behind him. A wave of tingles replaces all the pressure and nothingness in my back. He flicks something behind me, and I glance over my shoulder to see—
Wings.
A pair of wings fly out from my back, not heavy, though I’d expect to fall backward from the weight of them, as they are attached…to my back.
There are wings attached to my back.
I spin around, trying to see them, but they move with me and stay behind me.
I can feel them there, a part of me.
I reach over my shoulder to feel them and shriek, “Nicholas!”
A fiery sword is suddenly in my hand, blazing white and peridot, like the stone around my neck, which is warm and flashing on its own. A fierce blast of cold and hot washes over me, and I shriek again. I jolt back and drop the sword, my eyes flying to Nicholas’, needing an explanation, needing to wake up in my bed at home, needing something other than whatever is happening to me right now.
“I… I have wings.”
“Of course you do.” He stoops to pick up my sword. Holds it out for me to take. “You’re an angel.”