My second book, When Smoke Rains Down, is on SALE today! For the next two days it will be only $1.99 on Amazon.

It will go back to its regular price of $2.99 on July 7, BUT it’s always FREE if you subscribe to Amazon’s Kindle Unlimited program. 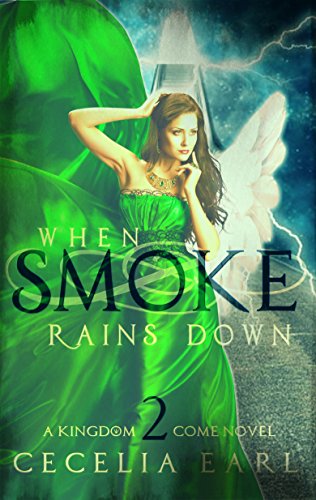 (Don’t be confused. This is the NEW e-book cover image on Amazon!)

If only humans knew the invisible danger lurking around them…

In the aftermath of an explosion and Homecoming battle, Julia tries to form some semblance of a routine: work, study, and visit her brother who remains hospitalized. Unable to confide in anyone about her double life of being both human and angel, and fearful she’ll bring more death and destruction to those she loves, she pulls away from her family and best friend.

When demons once again start to show up at every turn, seemingly bringing about her brother’s deepening depression, she demands her sword from Nicholas. Ever the stern Guardian Angel, he forbids her from using it. Isolated, she takes protecting her brother into her own hands. But when demons show they have evils hidden within their weapons in addition to their ability to siphon souls from the living, Julia’s not sure she knows the best way to handle saving him any longer. Especially when ash-colored lines begin to appear on humans, lines of demonic poison that travel through their veins toward their hearts and alter their moods.

Thrust into a dark world of conspiring demons, Julia is in more danger than she ever imagined possible. To stop evil from spreading and overtaking those she loves, she’ll have to seek out the one person she mistrusts most–especially when a line appears on her own arm, and her apathy toward doing much of anything, including saving anyone, grows.

Enter a complex world where humans, demons, and angels collide, all battling to rule the Earth. For readers who enjoy young adult paranormal romance and dark fantasy. Fans of City of Bones, Hush Hush, Unearthly, Halo, and Hidden Wings will be captivated by this unique take on angels and demons.

When Smoke Rains Down is Book Two in the Kingdom Come series. Book Three, When Fire Rains Down, the final installment, will be out late 2017.

“An AMAZING sequel that leaves me DYING for the next one!” ~ early reader of When Smoke Rains Down